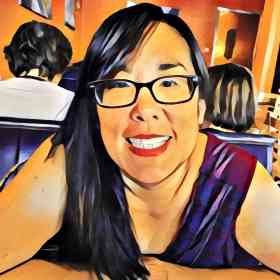 For over 20 years Carleen produced and co-produced long form non-fiction films for HBO, PBS, the Learning Channel, BBC, CBC, and Channel 4 UK with subjects ranging from the obesity epidemic in America to gender identity in Thailand to faith healing in Africa.  The documentaries have been recognized for their exceptional storytelling and original content with a Royal Television Society Award, a Genesis Award, a Foreign Press Association Award for Best Documentary, a nomination for a national News and Documentary Emmy and two prestigious George Foster Peabody Awards. Themes of health, science, and the environment permeate much of her work.

She is a recipient of media grants from the MacArthur Foundation, ITVS, New York State Council for the Arts, The National Endowment for the Humanities, Latino Public Broadcasting, and the Knight Center for Environmental Journalism.

This hour-long documentary film for PBS tells the story of two brothers who volunteered and fought in Vietnam.  Forty years later they are being deported to Mexico, even though the state of Colorado insists they are American citizens. Currently in production.

The Head of Joaquin Murietta
Producer

This half-hour documentary film for PBS tells the story of a legendary Mexican outlaw who was lynched 160 years ago, and the filmmaker’s quixotic journey to bury his purported severed head. PBS broadcast in 2017 (national distribution to local stations).

This short personal documentary examines the underlying causes of the world’s impending food crisis by exploring a novel approach to food security – farming insects for human consumption. Currently in production.

This feature length documentary for HBO and the BBC tells the story of Neda Agha-Soltan who was shot and killed in Tehran in 2009. Within hours footage of her dying moments – captured on cell phone – were uploaded to Facebook and YouTube for the world to witness.  Her image came to symbolize Iran’s Green movement and post election struggle.  For Neda interweaves the story of her life and death with the larger Iranian fight for democracy.

This 90-minute film for the primetimePBS series FRONTLINE and Channel 4 UK examines the erasure of historical memory in modern China.  On June 4, 1989 a lone protester stood against Chinese tanks at Tiananmen Square in a lonely act of defiance that stunned the world.  What became of him?  Seventeen years later, has China succeeded in erasing this event from its history?

Middle Sexes: Redefining He and She
Producer

The feature length documentary film for HBOand Channel 4 UK examines the diversity of human sexual and gender variance around the globe, with commentary by scientific experts and first-hand accounts of people who do not conform to a simple male/female binary.  The film promotes tolerance and an appreciation of diversity.

Flesh and the Devil
Producer

This 90-minute film for HBO and Channel 4 UK delves into sex – the most powerful biological drive – and the priesthood. By examining the sexual crisis at the heart of the modern Catholic Church, the film tries to make sense of the relationship between enforced celibacy, power, and sexual abuse.

A Question of Miracles
Producer

This 90-minute documentary for HBO explores the world of big money through the work of televangelists, Benny Hinn and Reinhardt Bonnke, who claim to heal the sick and cure the dying by channeling the will of God.  This film examines the psychology and neurology of their claims that they can heal the sick.

This 90-minute documentary film was produced for The Learning Channel and ITV UK.   Christie Martin, who is 24 and stands 5 feet tall, weighs over five hundred lbs. Without a radical bariatric operation to reduce her weight she will die.  Filmed over the course of three years, Christie sheds over 350 lbs and is forced to confront deep psychological issues from her childhood that were the roots of her obesity.

This hour-long film for primetime broadcast on the PBS series Frontline, The Canadian Broadcast Corporation, and presented as a 6-part series for ITV UK, explores the obesity epidemic across North America and Europe. Inundated by tens of thousands of food ads each year, influenced by an unattainable standard of beauty, while fighting primeval cravings – we are losing the war on fat.

The 90-minute film for HBO, ITV UK, and The Canadian Broadcast Corporationexplores the strange and revealing world of twins.  From the macabre experiments of Nazi doctor, Josef Mengele, to current genetic research, the study of twins has both illuminated and darkened our understanding of ourselves.