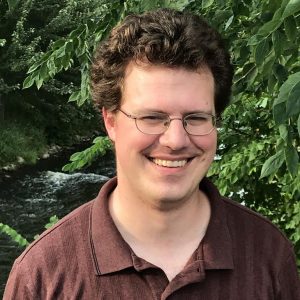 Ryan Thompson holds a Ph. D in musicology from the University of Minnesota.  As a musician, he sings in collaboration with other musicians to create remixes of video game music as part of OverClocked ReMix, an organization dedicated to the appreciation and promotion of video game music as an art form.  As a scholar, his research focuses on intersections between gameplay and audio – instances in which the music is used as a means to communicate gameplay information to a player.

His previous research includes discussions of audio providing information and directional cues in Left 4 Dead, music’s engagement with the narrative in Bastion, and a study of the ways sound helps players create small, manageable sets of information out of a large, continuous flow of data in League of Legends.  His most recent project is a study of how Final Fantasy VI presents itself using the narrative and staging conventions of opera and musical theater – he argues that the entire game might be understood as an operatic production.

Moving forward, Ryan plans to engage with the emerging world of esports and online broadcasting, studying the ways specific titles use music and sound to position themselves as competing not just with other video games, but with other sporting events as well.  Outside the office, Ryan keeps busy as the father of two young children, and volunteers with the local Lutheran church.  Ryan’s wife Addie also works on campus as a maize geneticist in the Department of Plant, Soil, and Microbial Sciences.