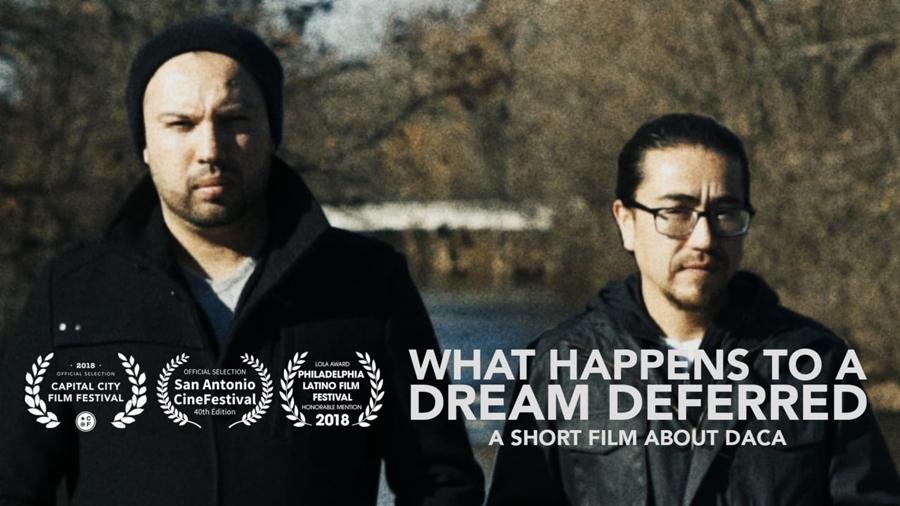 Then came the news, on Sept. 15 of last year: President Trump was dumping DACA (Deferred Action for Childhood Arrivals), the program that had patched up their lives five years earlier.

Judicial rulings have kept DACA intact, albeit precariously. “I still live with the fear,” Carlos said.

Carlos was 10 when his father said the family was taking a bus ride to Disneyland. Instead, they went to suburban Chicago; he spoke no English, no one else spoke Spanish. “There were only two weeks left in the school year; everyone would look at me like I was weird.”

Sandoval was 15 when his family moved to Santa Anna, Cal., near lots of other Latinos. His dad asked if he wanted to work or go to school and he shrugged. “My mom said, ‘No, you’re going to school.’”

Good choice. A poor student (with distracting friends) in Mexico City, he suddenly focused on classes. “My family couldn’t believe the change; I was getting straight-As.”

Carlos’ family had long been surprised. “I always had an inclination for school. No one understood it.”

“I wasn’t expecting the human side of the story to come out so much,” Sandoval said.

Like their parents, they had no social security numbers or driver’s licenses. They had to settle for jobs that paid in cash; Carlos held three of them each summer.

Sandoval, now 34, hit a glass ceiling after getting his master’s degree. Doctoral programs required graduate jobs, which required social security numbers. Instead, he worked at Subway.

Then DACA let them work. Sandoval married Juan, who is also DACA; their daughter is 5. Carlos, 29, married Breanne, a U.S. citizen. “Right when we started dating, I said, ‘This is my situation.’”

Now that situation is in limbo, as lawyers argue. Both men, a year from their doctorates – suddenly see themselves on movie screens in film festivals (10 so far), classrooms and community meetings.

These are, after all, interesting humans. “I was struck by their intellect and dignity,” Boehm said.

Amol Pavangadkar Honored for Global Contributions to Film and Media